Maverick Silver Metallic 2009 Pontiac G6 ABS brakes, Emergency communication system, Illuminated entry, Low tire pressure warning, Traction control, XM Radio. Odometer is 18525 miles below market average! Clement Automotive Group. Best Cars, Best Prices! Over 1000 Cars, Trucks & Suvs to choose from and over 70 lenders to help with every Credit Situation. All prices includes $1000 discount to Finance with Dealer. We make every attempt to ensure accurate pricing, and options on every vehicle. Dealer is not responsible for computer errors, human errors, or third party errors with pricing or description of vehicle. And we recommend you contact the dealership to ensure accuracy of advertised vehicle. Clement Hyundai of Wentzville offers both new and used cars, trucks and SUVs for sale. If you are searching for used car dealers "near me", then we are the new Hyundai and used car dealership that you're seeking. Located in Wentzville MO, we are near Moscow Mills, O'Fallon, St. Louis, St. Charles, St. Peters, and Troy MO. Thank you for choosing Clement Hyundai Of Wentzville.

Model Overview
Pontiac's 2009 G6 includes three different body styles--sedan, coupe, and convertible. The sedan is available in base, GT, or GXP trim, while the coupe is offered in either GT or GXP models. The convertible is only available in GT trim.
The G6 convertible has room for four and a unique, tight-folding hardtop arrangement designed by German coachbuilder Karmann, which can stow away in about 30 seconds.

In addition to its 3.6L engine and 6-speed transmission, the GXP brings a sportier edge to the G6, with a performance-tuned suspension, 18-inch wheels and StabiliTrak stability control system. A number of other improvements further distinguish it from the GT trim, including a unique front fascia, dual exhaust tips, heated seats and automatic climate control.

Front and side-impact airbags are standard on all G6s, while convertible G6s also include head curtain air bags. Four-wheel antilock brakes and traction control are also standard across the line.

Available on the base sedan, the Sport Package allows the G6 to transform from a simple people-mover to a respectable performance sedan. It includes StabiliTrak, a transmission upgrade to the 6-speed automatic with driver shift control as well as a shorter 2.89 axle ratio. The Sport Package 2 takes it a step further, including the 3.5L V6 with variable valve timing, 17" aluminum wheels, a 3.05 ratio rear end, and hydraulic power steering.

Also available is the GT Street Edition, which dresses up the G6 with a unique front and rear fascia, mesh grilles, special 18" wheels, as well as StabiliTrak, power mirrors and a chrome exhaust.

On the GXP, the Street Edition package goes for an even more extreme look with hood scoops and a spoiler. 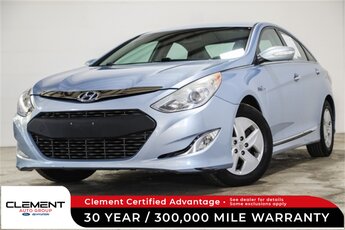 * Pricing -  All vehicle pricing shown is assumed to be correct and accurate. Incentives, credit restrictions, qualifying programs, residency, and fees may raise, lower, or otherwise augment monthly payments. Additionally, incentives offered by the manufacturer are subject to change and may fluctuate or differ based on region and other considerations. Unless otherwise noted or specified, pricing shown does not include title, registration, or tax fees and costs.

Use this shortened URL to share your current search results.